“You can build a job from it and I feel like this is a lot easier to work with and is a more useful tool for the management of the job once you get it.”

EBM has kept Bill loyal for many years, he says, because the software is easy to learn and it’s adaptable for various types of electrical estimating work. “I do so much custom estimating that I like the fact that I can adapt it (EBM) to do what I need to do at any given time, whether it’s a communication job or a high voltage job one day, or changing out generators or a UPS system another day.”

Bill works for S&W Sales and Service, a construction management company headquartered outside of Macon, Georgia. The company serves military clients across the U.S. southeast, and the work is varied, which means that the electrical estimating software used by Bill and the company’s other eight electricians must be adaptable and easy to use.

S&W Sales and Service purchased EBM for its electrical estimators earlier this year, and Bill says the other electricians are just getting started on it. Bill suggested the electrical bid software would be a better match for the company than the previous software they had used. “It’s accurate and it’s fast and it’s adapted to whatever unique circumstances that you have.”

The electricians at S&W Sales and Service have completed recent jobs that include changing generators and updating runway lighting, and pulling and replacing high voltage cables underground. Bill says he’s frequently bidding on work worth millions for the company.

Currently, S&W is bidding on an automated metering system at Robins Air Force Base in Georgia. Bill says the job requires installation of about 500 meters of various types: electrical, natural gas, and compressed air, each of which requires conduit wire and a lot of electrical work and is worth approximately $4 million. EBM is an ideal electrical bidding and estimating software for this job because, Bill says, “this is not a job where you have a complete set of drawings and just do a take-off. It’s almost a custom estimate.” Whereas previously this kind of estimate might take a couple of days to produce, EBM helps Bill to create an estimate in a couple of hours.

While he’s tried other electrical estimating software from some other big names, EBM is the “better of them all” because it’s adaptable to anyone’s style at any given time. 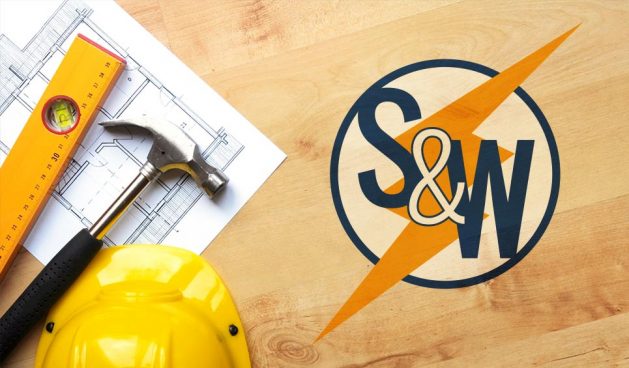