On February 11, 2016, Tampa International Airport and Tampa Electric unveiled a canopy of solar panels on the top floor of the airport's south Economy Parking Garage. The solar modules were mounted on carport arrays created by casting concrete columns and beams, and overlaying them with steel purlins. At 2 megawatts (MW), the solar panels produce enough electricity to power up to 250 homes. It will also produce an environmental offset on the order of removing nearly 350 cars from Tampa-area roads over the course of a year. As an added benefit, the array will provide shade for cars parked on the garage’s top level.

The $6 million project was Tampa Electric's first foray into large-scale solar power and its largest solar photovoltaic (PV) installation to date. Tampa Electric owns the PV array, and the electricity it produces goes to the grid, to benefit all of Tampa Electric's nearly 725,000 customers, including the airport. 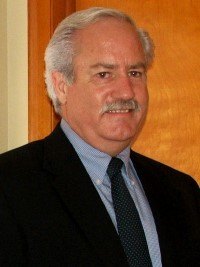 Dennis Thomas, a licensed Master Electrician from Spring Hill, FL, was hired by Solar Source, of Largo, FL, the prime contractor, to manage both the electrical and structural construction. Thomas began his electrical career in 1978, and in 1992 began focusing his attention on labor scheduling and estimating. He initially did everything by hand, but after being introduced to EBM in 1994, Thomas says takeoffs, scheduling and tracking labor became much easier.

“For over 20 years, my primary use of EBM has been for scheduling purposes,” states Thomas. “I learned long ago that through proper use of breakdowns I could model my estimate to match the flow of how I was going to build my project. Breaking the hours out this way affords me the ability to effectively use EBM data for scheduling. In doing so, I’m able to break out labor hours by task, use these hours to schedule my manpower, and then track actual daily progress against the estimate.”

After nearly two decades of utilizing these methods and filtering the results through disjointed spreadsheets, Thomas decided to build a software solution that would seam with EBM in order to provide contractors with a system of scheduling and labor management. Estimateguard, founded in 2011, is the company he built to offer his system.

Thomas designed his system to utilize the data created by EBM to create a task-by-task critical path schedule of the electrical project. Each task can be backed up by projected material lists through the EBM system, which can be used to evaluate site conditions in order to project site specific material needs not included in the original takeoff. The system also multiplies the estimated labor hours per task by the estimated average labor rate as predicted in EBM to determine the estimated budget for each task.

EBM is a very flexible, adaptable and customizable electrical bidding software. For example, Thomas uses EBM to estimate jobs and win bids. He creates the project labor schedule through exporting the data to his system. It comes full circle when his system reports the actual labor hours used and he adds this custom data into EBM, which then utilizes his labor data instead of the industry standard data.

For the Tampa International Airport and Tampa Electric solar project, Thomas used EBM to compile an electrical estimate for the project that he used to verify and align with his Solar Source’s budget. Once his estimate was adjusted to match the project’s budget, he used that data for scheduling and completion projections. 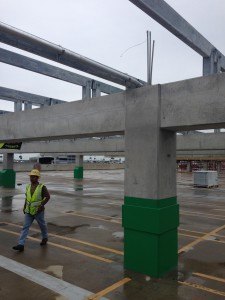 The structural project was very complex, consisting of more than 120 concrete columns and 139 concrete beams, many of which were over 300 feet long. The concrete for these columns and beams had to be pumped up six stories to the roof of the parking garage at night. Refining these processes and coordinating these pours came slowly in the beginning and cost precious time.

His final solution was that he needed a lot of electricians, which involved subcontracting portions of the electrical system and self-performing the remainder. By using a task integrated estimate with the EBM system, Thomas was able to not only schedule and track his electrical crews but also determine the subcontract budget as well as the required subcontract manpower, and track their progress as well. On a daily basis, he knew who was lean on manpower and who was struggling to meet schedule demands.

“EBM data is extremely accurate,” states Thomas. “It’s also highly intuitive and reporting is phenomenal. The takeoff will slice the data any way you want it, and it does it effortlessly. This means there is no mystery in reporting. Just ask the program for what you want and it gives it to you, every time. It also never freezes up on me and I’ve never experienced any bugs or glitches. It’s just a beautiful program and a pleasure to work with. I have a lot of respect for whoever designed the EBM system.”

Easy to Use Electrical Estimating Software

According to Thomas, EBM is also very easy to use. “Last week, I gave one of my new superintendents no more than one hour of training on EBM and two days later he handed me a beautifully formatted estimate for his project. I went over his takeoff with him after he was done and tweaked it a bit, but for the most part he was up and running almost immediately.”

Thomas requires all of his foremen and superintendents to know and understand how to format a task integrated estimate with EBM. If someone is going to manage a project for him, they need to understand how the estimate is created and how to use that data to ensure that his project comes across the line profitably.

“EBM is the only system I would recommend to anyone, and I do it all the time,” Thomas says. “There are plenty of electrical estimators and contractors out there who will argue with me. Everybody has their favorite, but if you want something that is easy to learn, powerful enough to grow into, and capable of boosting your bottom line, I believe EBM can offer you all of that.”

Tampa Electric was so satisfied with the successful completion of the Tampa Airport solar project that they awarded another project to Solar Source. It is at Legoland in Winter Haven, FL. Solar modules will be installed over steel carports above the Legoland Parking lot.

EBM will be Thomas’ go-to electrical estimating software for the new project. “I would not manage a single project without EBM. It’s fast at compiling a detailed takeoff - there’s no doubt about that. For me, however, the real money it saves is after the project is won and begun. The detail and accuracy in labor management that it provides is unmatched anywhere in this industry. If anyone contests that statement, they are welcome to visit one of my projects and I will quickly settle that score.”

Manage Both Bid Creation and Labor

Thomas advises any contractors not currently using EBM to buy it today. He states that once a contractor masters the system for bidding, they can start using it to manage their labor so that they can capture the other important benefits the program offers. Used to its full potential, Thomas believes EBM is the most powerful tool available to contractors.

“I have used other popular estimating software over the years and none of them are as easy to use, or more powerful, than EBM” says Thomas. “The ease of use, in my opinion, is what sets EBM apart from the rest. Complicated and complex does not make software more powerful. In my mind, ease of use and accuracy are what matters, and EBM definitely delivers.” 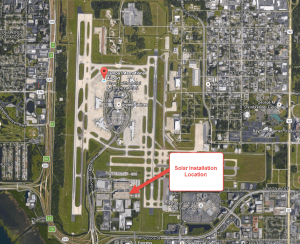 This Tampa International Airport parking structure was the site for this 2-Megawatt solar power plant installation. 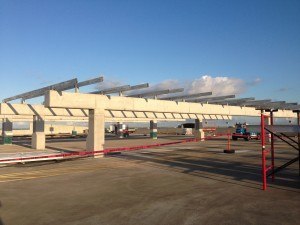 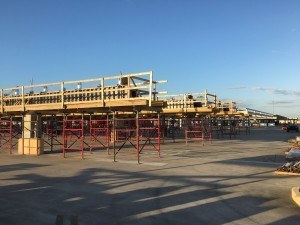 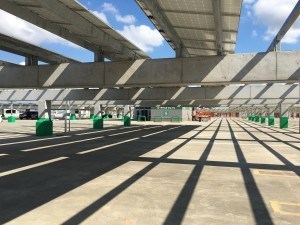 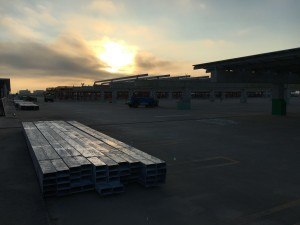 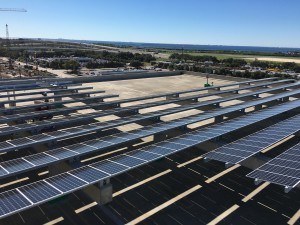 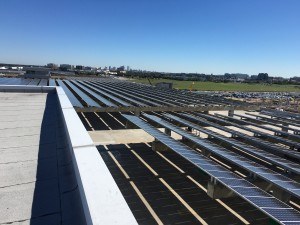 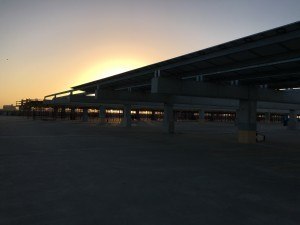 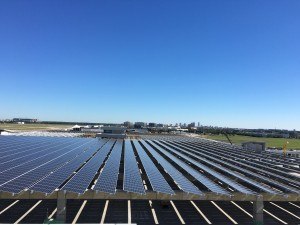