The success or failure of an electrical contractor’s business often depends on the bidding process. Yet, many contractors still struggle with it. They miscalculate the cost of materials or the number of hours. Or, they’re so engrossed in winning a contract that they end up losing money on the job.

Jubal Williamson, the owner of WSI Southwest Inc. in Cliff NM, knows the importance of the process. WSI Southwest is an electrical contracting company with an EE-98 license. The company provides services to the heavy industrial, commercial and residential markets.

In December 2012, Williamson purchased a software program to help him with his bids. But it was too technical and time consuming. He and two employees, at different times over a two year period, attended the company’s three-day training course. But, none of them ever got to the point where they could efficiently and comfortably use the program. Furthermore, he was never able to fully integrate it into his bidding process.

Then, in November 2015, Williamson visited Vision InfoSoft’s website, watched a video and talked with people at the company. Soon after, he purchased Electrical Bid Manager (EBM). And by April 2016, just five months later, he had won six bids as a direct result of the new software. He’s also made money on each completed job.

“The first bid I won when I started using EBM was a small hospital job of only $6000,” says Williamson. “The other bidder was a low-baller and I beat him by $800. So, at first, I was pretty nervous about it. But I went home and ran the numbers again and double checked everything, and we were good. We completed that job and made money on it.” 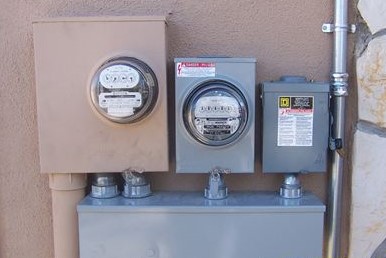 Accuracy = Software that Keeps Track of Everything

It’s important to ensure that each bid is accurate. This means every wire-nut and labor hour by item/assembly must be tracked and included. The little items add up if not tracked and their prices are not kept up-to-date. But, counting every screw is tedious and can be costly. That’s one of the reasons Williamson chose EBM. It includes commercial, residential and several specialty databases with full pricing and labor. It also has prebuilt assemblies for most major electrical items, which include the main electrical item as well as the required installation parts.

For example, if a bid calls for 10 duplex receptacles

, the electrical estimating software will include all the extra installation parts times ten. And it will include all of the necessary items with updated prices and labor for everything. EBM makes it easy to create custom assemblies on the fly, which can be saved and reused on all future bids. It’s also easy to make changes to the assembly or add any customization or additions that are needed.

“This bidding program is so accurate,” Williamson states. “It tells you what your cost is going to be for the job before you put in your overhead or anything. On the first job, the hospital job, we were within 3 percent of our costs. Electrical Bid Manager told me that it was going to cost a certain dollar amount and we came in 3 percent under that number on that job. That accuracy gave me complete confidence in the program.”

More often than not, a project will involve change orders. These can be one of the biggest sources of headaches for contractors, and can be a major source of misunderstanding and resentment on the part of customers. Therefore, it’s important for the electrical estimating software to have an effective change order process with reports that the customer will approve.

“One thing I really like about EBM is the ease of creating change orders,” Williamson says. “This is very helpful for me because I’ve always struggled with it. How do you decide what to charge somebody for a change order, such as adding an extra receptacle in an office? Well, with the help of NECA units and the default trade price for change orders, EBM takes all the guesswork out of the equation. It has different standard levels and price rates.

“So, if someone questions the cost for a change order, you can just tell them that it’s the same rate you bid this job on or it’s the trade practice standard rate in the industry. You have something to base it on, instead of just an opinion. And, the rate for the change order is right at your fingertips. You can get it quickly and know it’s accurate.”

Managing pricing on thousands of electrical items in an electrical estimating database can be overwhelming, especially for contractors that use Excel, Word or paper to create their bids. It can also be cumbersome for them to get pricing from their supplier. It’s even more difficult to continuously try to keep the prices of any electrical items they include in their bidding process up-to-date. Even if they do, more than likely they are only tracking a few items and then end up padding the pricing or labor to make up for not tracking the cost of all the materials they use. 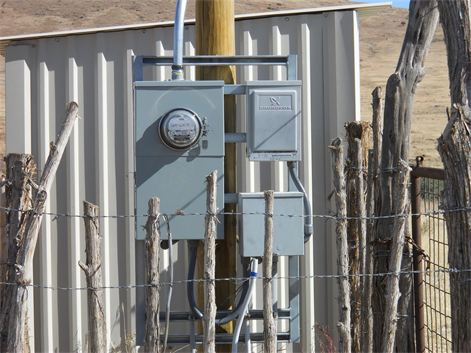 biggest added benefit of the whole program is the material takeoff,” states Williamson. “What’s awesome about it is when I used to bid a job I had to sit down and do my takeoffs on all my material and then submit the material to my vendor for pricing. Then I had to breakdown all that material in the job and assign a timeframe to it so I could come up with a number. But, with this program, in the time that I could previously do just a material takeoff on a job - it’s done! Now I’m not saying that you’re not going to sit down and revisit it, but at least the base is ready.”

EBM has thousands of commonly used electrical items built-in. It also has hundreds of pre-built assemblies. All these items have UPC codes that can be instantly updated by Vision InfoSoft's price update service called EPIC Pricing (Electronic Pricing Information and Catalogs). Contractors can use EPIC's Target Price (average actual prices paid by other contactors) or import their supplier's pricing.

“A huge benefit of EPIC, and something that’s really nice, is when you’re wondering what a part is,” Williamson says. “You can go into the catalog and look it up, and you’ll either find it in there or you can get a part number so you can Google it really fast. With the previous software program, trying to find an unknown part through their database took forever. But EPIC has generic searches in case you can’t find something. And, bringing new items over from the EPIC database is so easy. It is by far the simplest program you can use.”

According to Williamson, “Vision InfoSoft’s products are very user friendly. I like the training and support, and I really like the online webinars. They’re extremely helpful. I recently had some extra time and took advantage of doing four webinars in one week. Another thing I really like is that everything is done electronically. When I want to upgrade something or whatever, I just make a call and they email a link to me or I get an unlock code. It’s so easy.”

Williamson is currently using EBM, PlanSwift and EPIC, and will soon be upgrading to EBM Pro and adding another user. He says the prices for the programs and upgrades are very fair and comparable to others on the market.

“I’ve won quite a few jobs with EBM in the five months I’ve been using it,” states Williamson. “We’ve had a lot of success and it will continue. I would highly recommend the program to any contractor.”