I started my company myself in January of ‘93. I really believed that I could do a better job than some of the folks that I worked for. Not just the installation, but taking care of customers and employees. My wife, Diana, started working in the business a year or so after I started the business. She started helping in the office, and she would like to be retired but.. we’re working on that. She’s an important part of this operation, and I would be remiss if I didn’t say so.

The largest we’ve been is 42 employees. Right now we’re in a hiring mode. We’ve dwindled down to just ten. We’re in the process of putting on six more. Within the next two weeks, we’ll be looking at 16. We have been fortunate to land some nice projects recently. 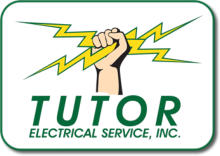 We started looking for estimating software probably within the first couple of years. Because I started the business alone, most of the work I was doing was residential service work, commercial service work, and so most of what I did initially was service. My business grew fairly fast for a guy with no huge growth plans. I just wanted to prove to my customers and myself that I was capable of the best work anywhere. You know how it is with referrals: When do you a good job, people want to refer you. So, I had quite a few good referrals, and that expanded to smaller businesses and that turned into jobs and the need to start estimating for those smaller jobs, and then larger jobs. I guess the largest job we’ve done to date is just over $1 million. We basically started doing small jobs, just a few thousand dollars, to a million.

How We're Benefiting from EBM Now 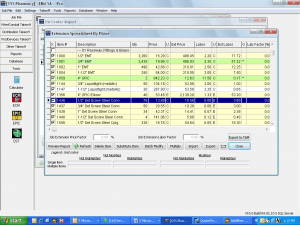 Initially, it appeared to me that it had everything I needed at the time and the price was a huge factor. Now, we use it extensively. We have a full-time estimator. We are now starting to use On-Screen Takeoff, so we use EBM, we use EPIC pricing and do our updates with EPIC.

I don’t remember the first, that was too long ago. Funny, I remember one I lost, because I was new in learning the program, and the way the program was set up, I think it might have been a default, but I wound up putting in – and it was my bad – but I put in, I think an hour per foot of feeder cable on a job that probably had five or six thousand feet of 500 mcm. Being in too big of a hurry, I didn’t catch it when I reviewed it, so it put my labor way over and it would have been nice to have gotten that one, but.. no, we didn’t get it. But, I feel comfortable with the estimating software program. I think it’s a good program and it’s set up well and it’s user-friendly. You don’t have to spend a 40-hour week training to use the software. I kind of like the old K.I.S.S. method. If you can do it easily and simply and teach it, and Keep It Simple, then it’s better for everyone.

Our Advice for Estimators Seeking Software

Unfortunately, I don’t know much about the other products out there. I’m happy with EBM. I’ve really not spent any time looking into the other programs, but I found this one to be capable of doing anything that we’re going to look at, whether you’re a start-up company like I was nineteen years ago, or if you’re a company that’s doing $5 million of volume or more per year, it’s an estimating system that I think simplifies the process. I think it’s as good as any estimating software program out there when it comes to getting a job estimated accurately and quickly. And your support, I have to say, I’m happy with it.