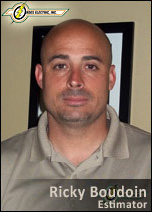 Ricky Boudoin is an estimator/project manager at Ordes Electric, Inc. Ricky started in construction at a young age by assisting with the wiring at the job site and helping his dad who owned his own construction company. Ricky went on to serve in the military for four years and the National Guard for nine.

Upon completing his term with the military, he decided to return to his initial career start; construction. He began working in the field before branching off into estimating. He initially used manual takeoff before becoming familiar with Electrical Bid Manager’s integration with On-Screen Takeoff and transitioning into automation. Ordes Electric currently uses Electrical Bid Manager for bid creation and takeoff management with On-Screen Takeoff integration for automated digital takeoff. 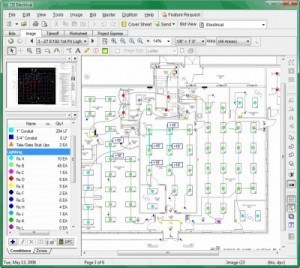 Electric. Mainly, they are able to obtain accurate counts of devices, lighting, etc., meaning every component of the job is done with On-Screen Takeoff (OST). To them, the accuracy of the scales is critical, as is the efficiency of being able to post drawings without worrying about getting another set printed – they just overlay them on their existing drawings and look over the differences. Boudoin informs us that all of this plays a very key role in Ordes Electric winning each bid.

Boudoin has also seen improvements in the time it takes him to do a takeoff. In a recent project, he was able to finish a big bid for a 230,000 sq ft school that he states normally would have taken 2-3 weeks with manual take off after hand rolling everything off, counting everything by hand, and going through all the sheets. However, using On-Screen Takeoff’s integration with Electrical Bid Manger, he was able to cut his time in half and take off the whole project in a week and a half. According to Ricky, “Once you get really quick at it, you can start bidding much more quickly.”

Additionally, On-Screen Takeoff has given the company the ability to track their jobs more closely. They take what they have finished on their plans, takeoff wise, and implement it into the field. For them it provides better communication between the office and the field, allowing them to communicate what they have planned easier now that it has all been mapped out with On-Screen Takeoff already.

To Boudoin, the main benefit is the accuracy of the estimate. Once he started getting comfortable using the software, posting his drawings and getting his scales set, On-Screen Takeoff helped him to improve his measurements accuracy and feel more confident about the numbers he was plugging into his bids.

On this project the owner made continuous changes throughout the 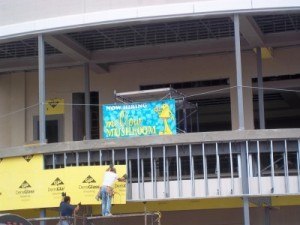 project and came up with several revisions of drawings. Boudoin says the On-Screen Takeoff made it really easy to adjust since they were able to change the drawings up very easily, posting and overlaying the new drawings onto the old, to see what changes had been made.

Boudoin gives an example of Ordes Electric’s use of the overlay feature, referencing a conference call with both partners of Mellow Mushroom. During the call, Ordes Electric decided to overlay the drawings to help make suggestions while both partners responded and talked among each other, at times even disagreeing. Reflecting on this situation, Boudoin claims the overlay feature really came into play.

With the project in particular, Boudoin also says the ability to go back and make changes quickly really helped. If the owner requests they delete 15 fixtures, it was only a matter of removing the fixtures from the On-Screen Takeoff and importing it into the Electrical Bid Manager software. In regards to easy changes, Boudoin relates, “You can take it out at the drop of a hat, which makes it very easy and really saves you a lot of steps.”